Caitlin and Kristopher are just plain adorable – There’s no denying it!
When it came time to brainstorm a location for their Chatham-Kent engagement session, it only made sense to return to the site of their proposal, and their proposal story is by far one of the best I’ve ever heard. I asked Caitlin if she recount that memorable evening in Rondeau Provincial Park for this post and she ever so kindly agreed. Here is their story, as told by the bride-to-be, Caitlin:

“Kris had told me he would be late meeting me for supper because he was helping out with something at work.  So, I thought I had some extra time to make some biscuits! In the middle of rolling the dough, I got a call from my friend and co-worker, Gabby, who was freaking out and crying and saying she was stuck in the swamp because she was chasing a rare bird we heard about earlier that day (lol) and the radio wasn’t working. She couldn’t get a hold of anyone and her phone was going to die, so she asked if I could come help her get out since I lived the closest.  I immediately dropped what I was doing, jumped in my car and called the park wardens (and everyone else I could think of to come help me get her out!).  I arrived at Spicebush Trail, jumped out of the car and started running to where she said she was. Then I see Kris step out and start walking down the trail towards me! I was so confused! “Why are you here? Where’s Gabby?!?” I asked.  He kept trying to convince me Gabby was fine, and started saying nice cute things but they were interrupted by my phone’s constant ringing because the wardens were trying to get a hold of me to see if I’d found Gabby.  He finally got down on one knee and popped the question! Hahaha! It turns out Gabby was fine. She, Kris and my other friend/coworker, Pilar were in on this plan to get me back to Rondeau Park so Kris could surprise me! They were both hiding in the bushes taking pictures! Shortly after I said yes, the wardens (and everyone else I had called) showed up and it was just an embarrassing mess, but also cute.  Hahaha! 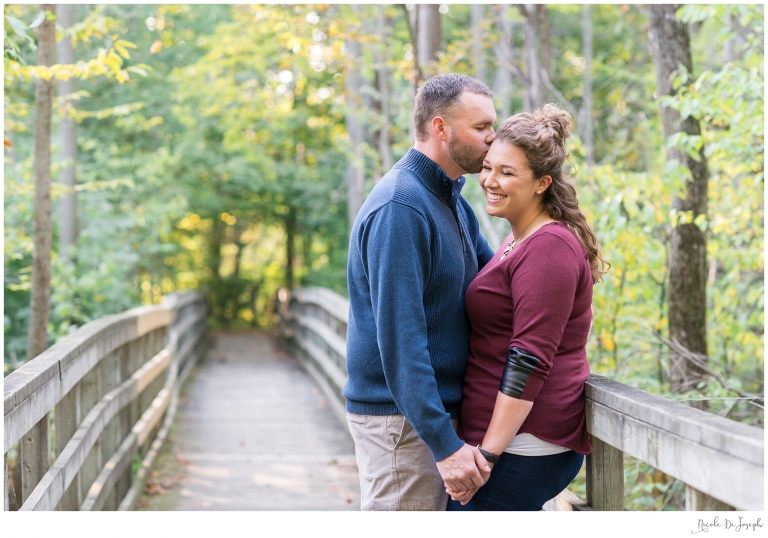 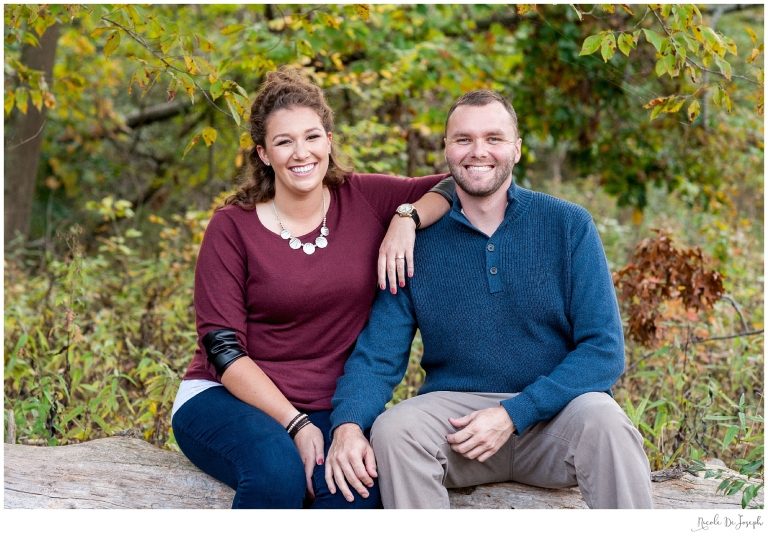 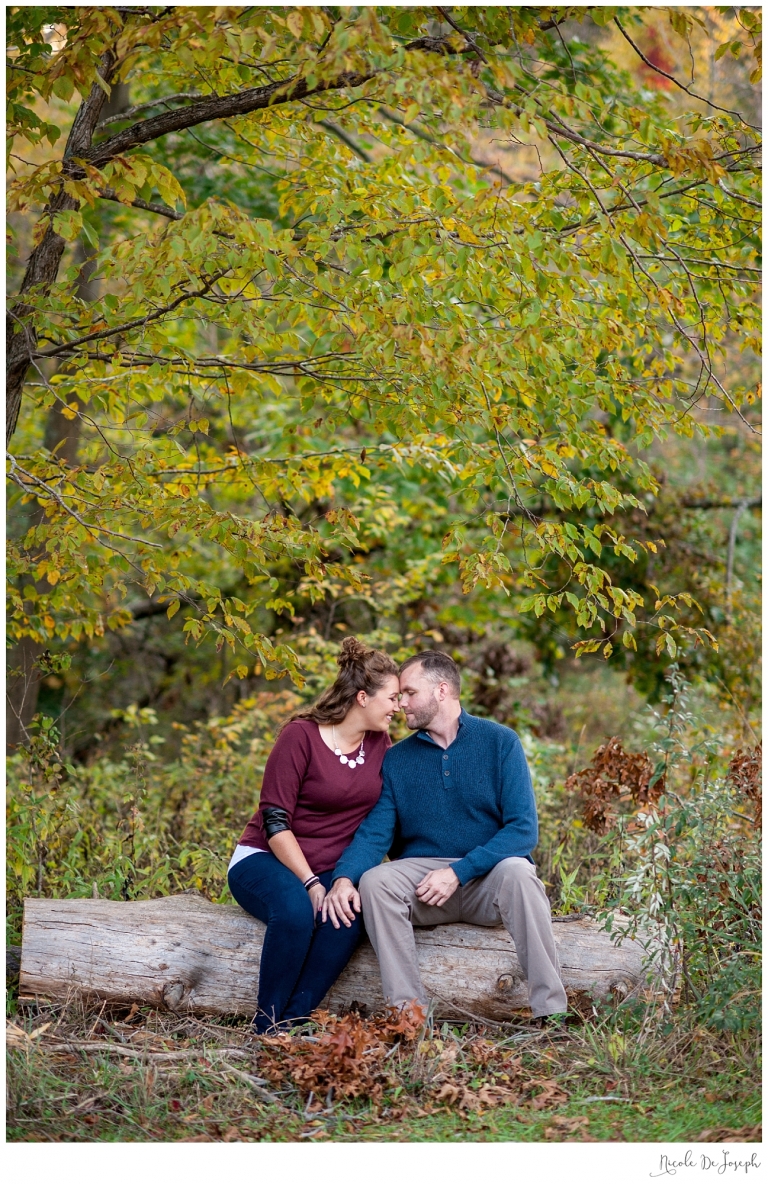 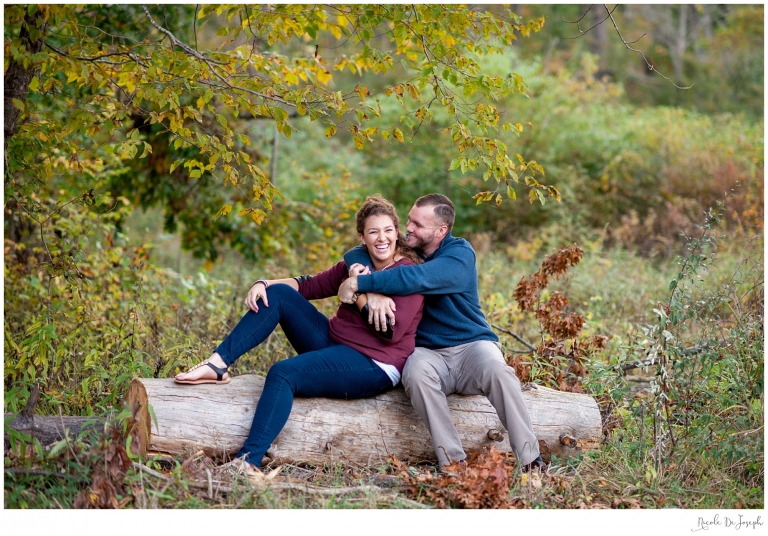 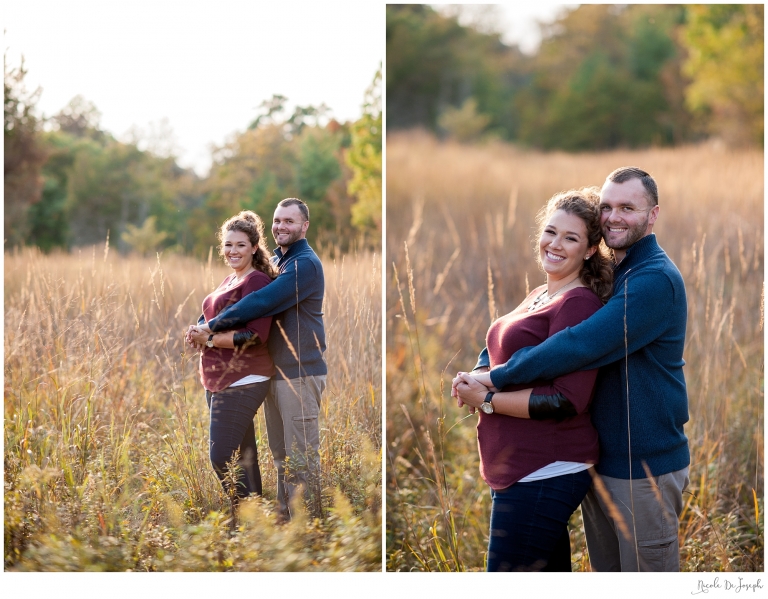 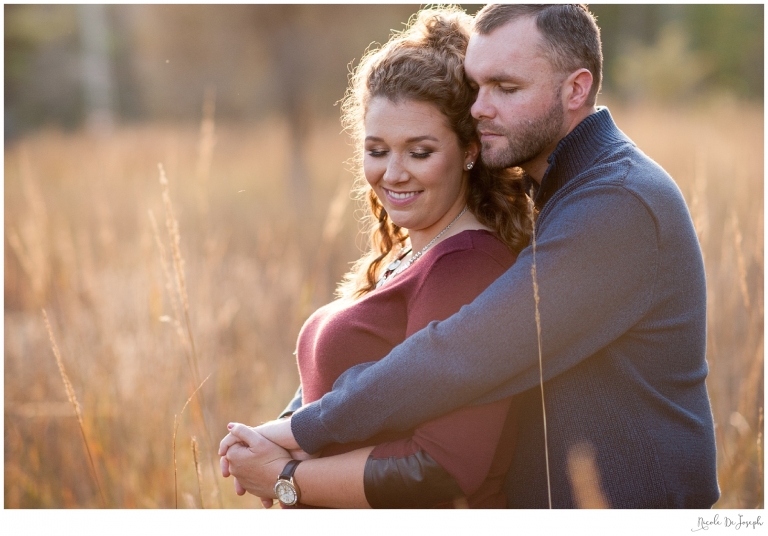 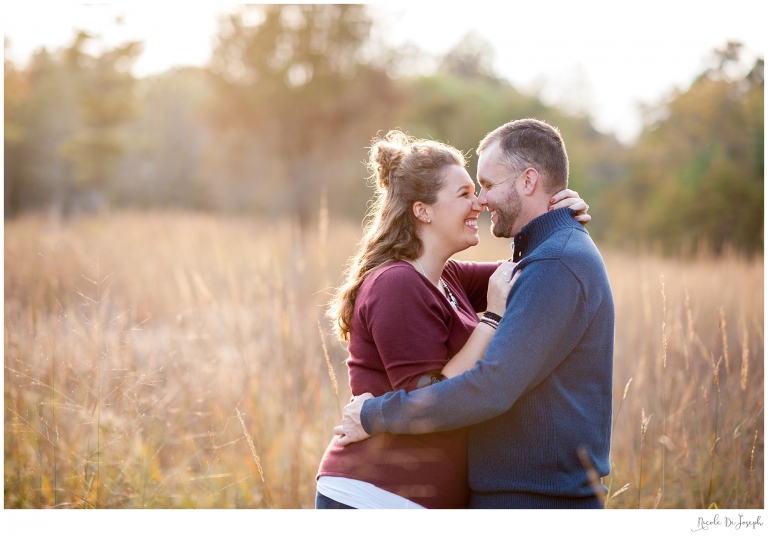 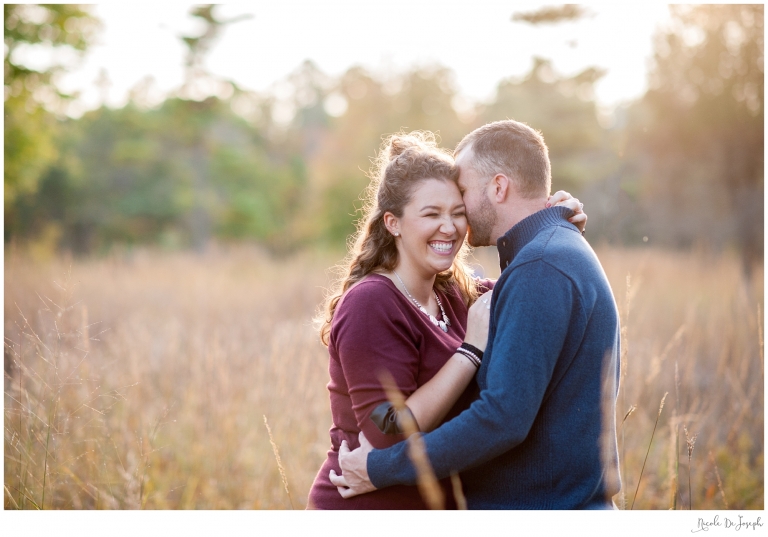 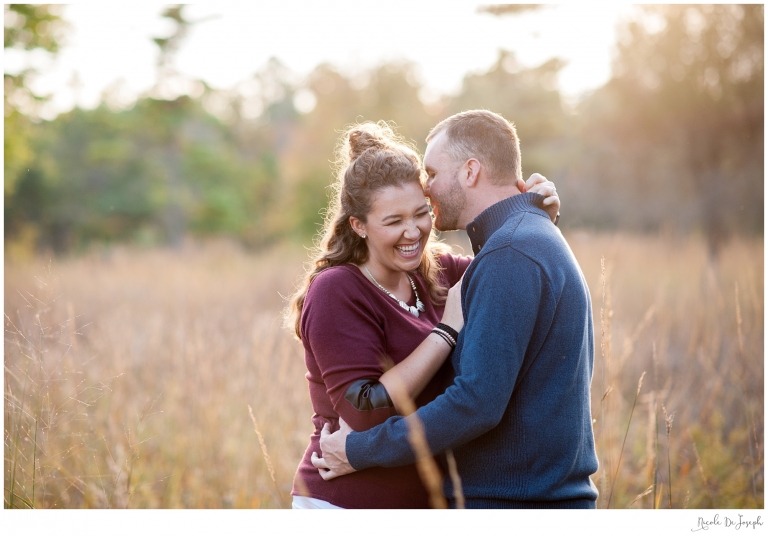 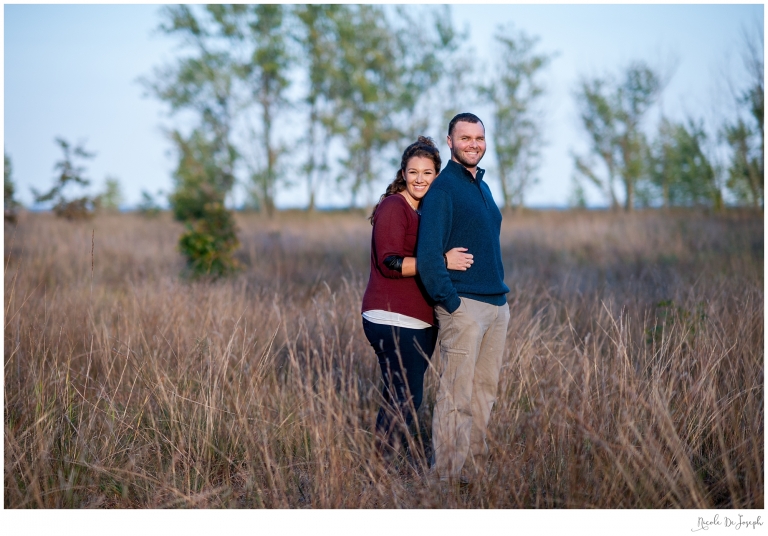 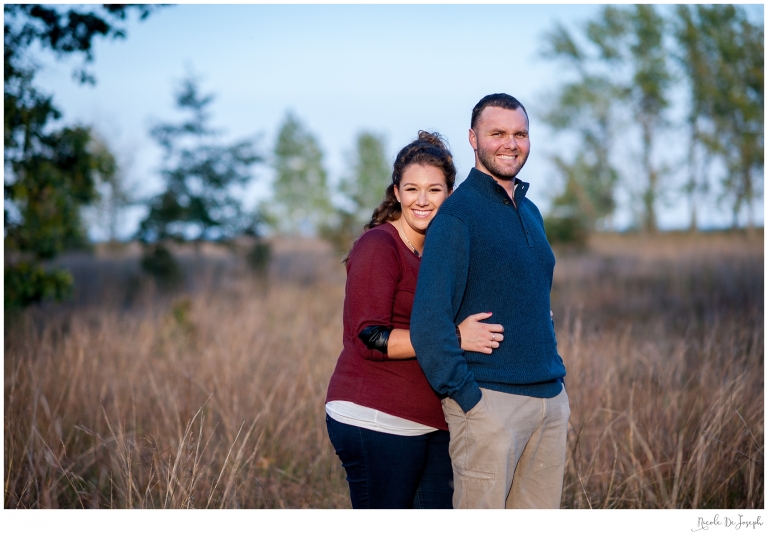 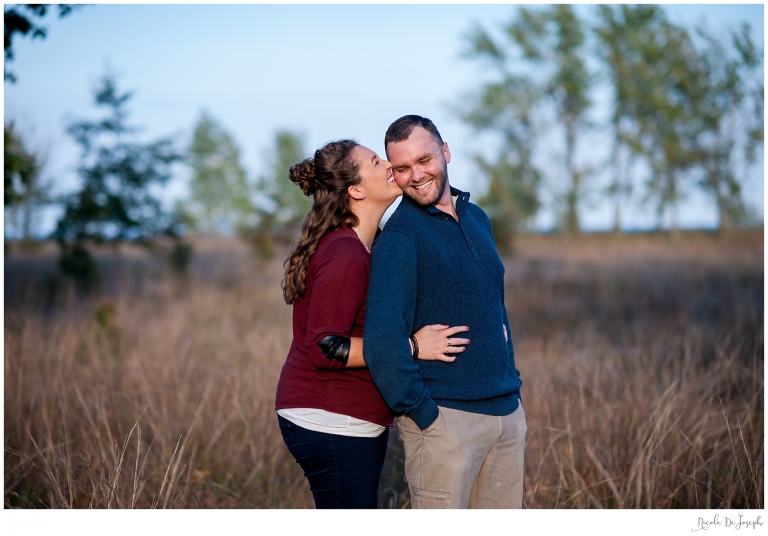 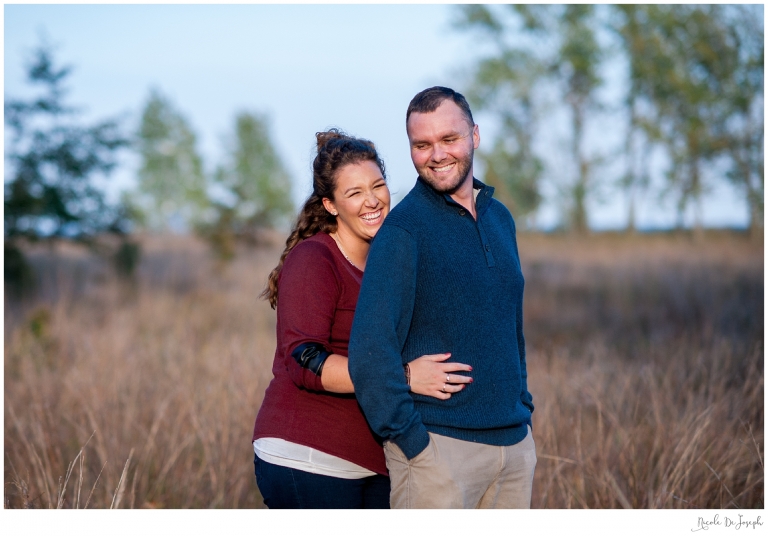 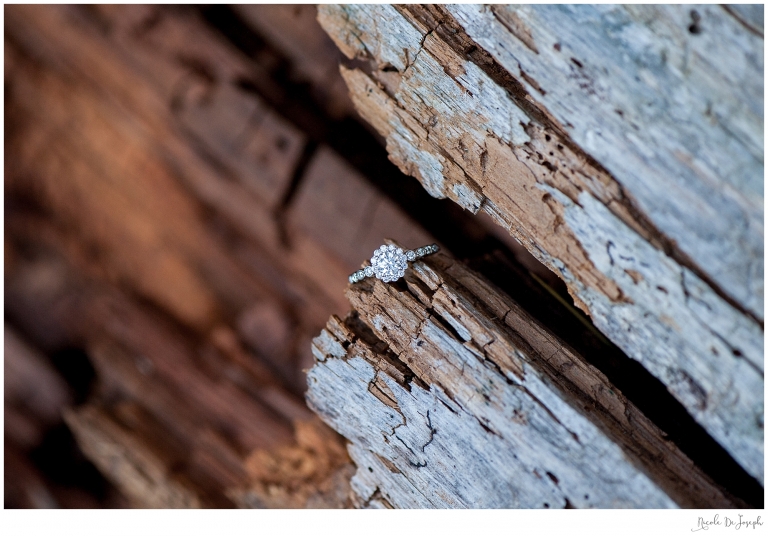 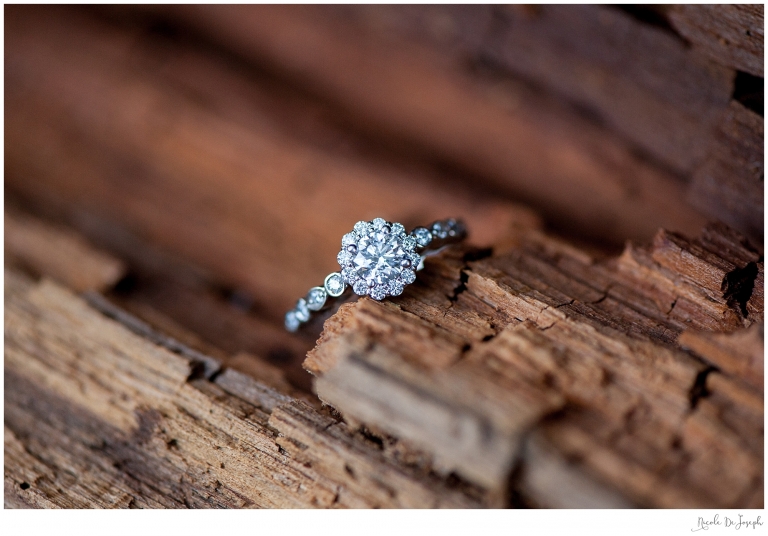 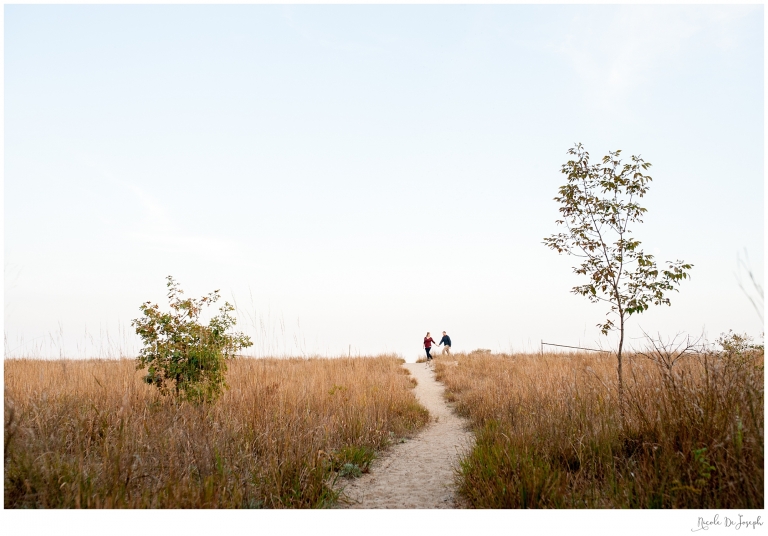 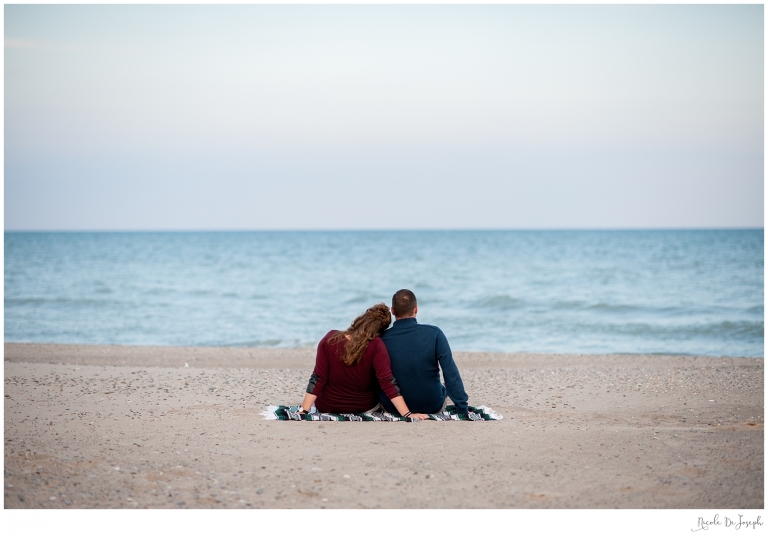 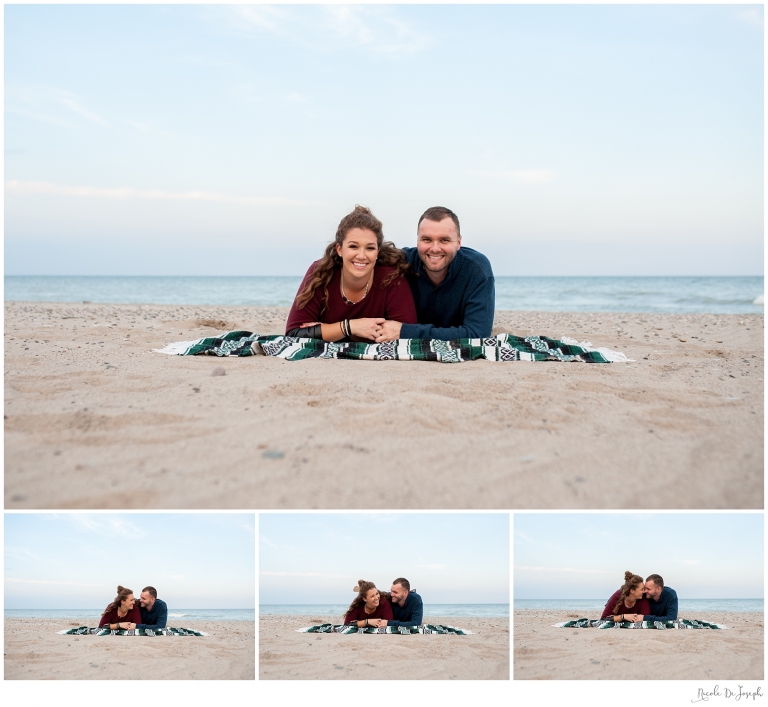 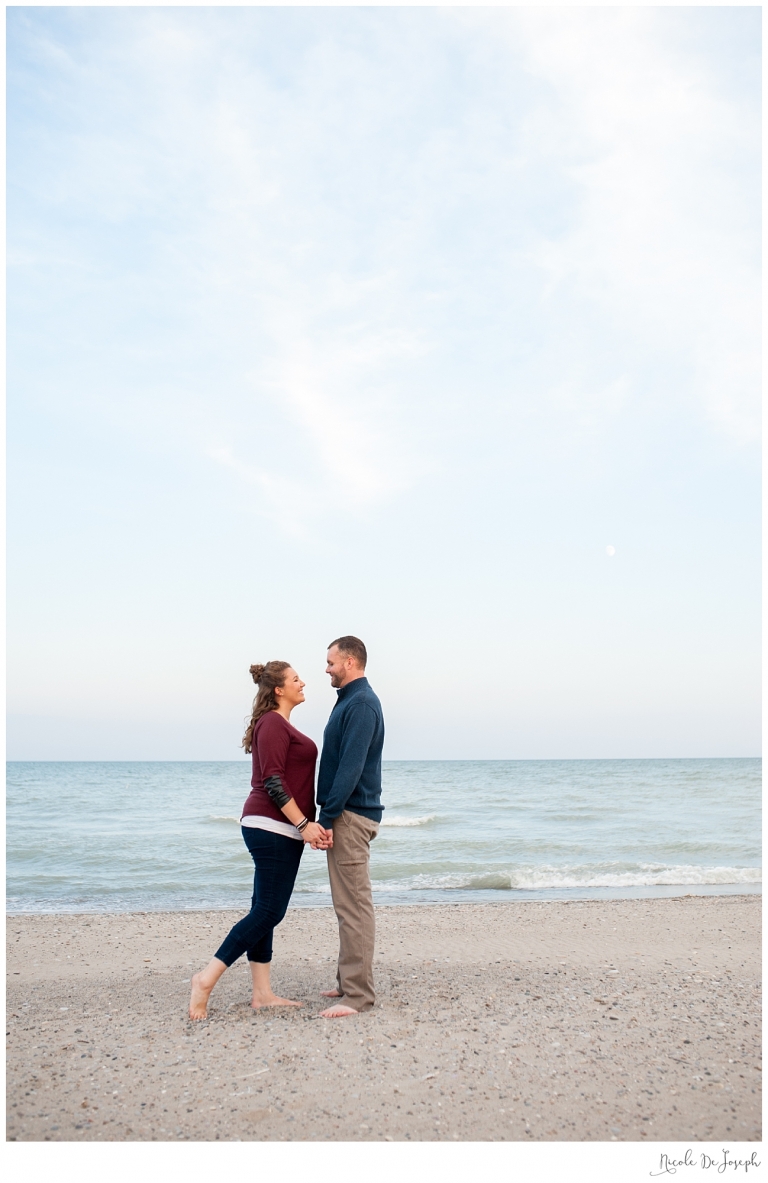 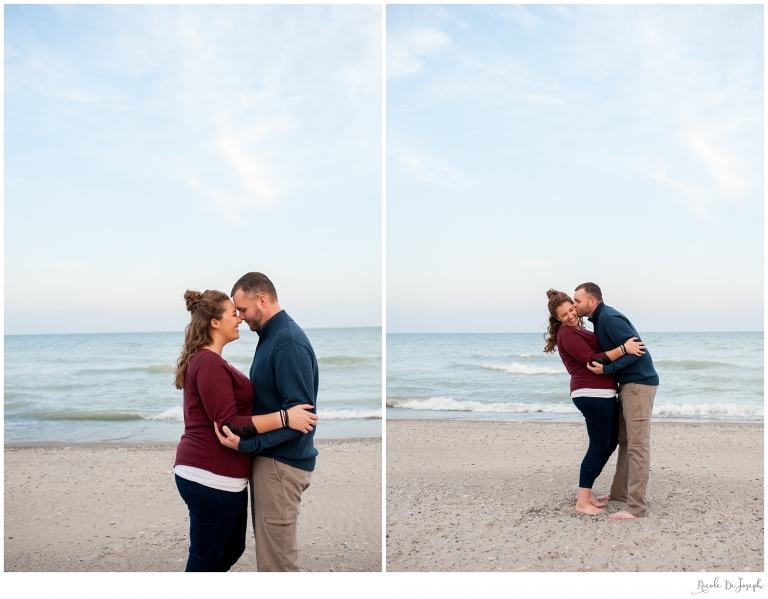 Caitlin and Kris, you guys totally rocked your engagement session! Thanks again for sharing your story.
I seriously cannot wait for your 2017 wedding in Chatham, Ontario!
~ Nicole